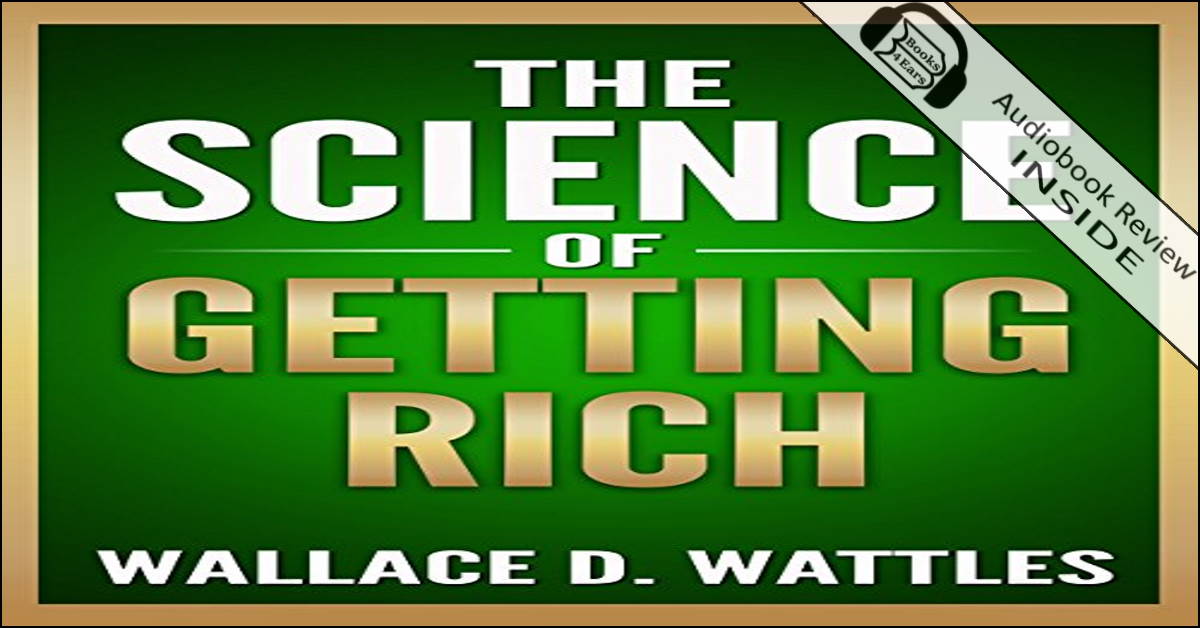 The Science of Getting Rich Book Intro

I don’t want to get too critical about such a widely acclaimed classic as The Science of Getting Rich but I can’t help but wonder if the book still holds the same value now as it once did.

Published in 1910 (yes, I said 1910), Wallace D. Wattles was way ahead of his time when he wrote about overcoming poor thinking (my words).

Most people today would consider the lessons taught in this classic book as “modern success thinking”, yet it was written well over a hundred years ago. That fact alone gives The Science of Getting Rich the right to sit on my bookshelf. Well, that and it’s a super short read. 😉

With that said, The Science of Getting Rich is completely based on Wallace D. Wattles’ idea that a “Certain Way of Thinking” is the primary tool needed to become rich.

While I’m not qualified to argue that point, and wouldn’t if I were, the book is chock full of philosophy, how to think, how to act but with very few methods of application.

This is contrary to his book introduction that states, “The plan of action laid down herein was deduced from the conclusions of philosophy” and the entire book seems like philosophy to me.

I can’t resist sharing one of the boldest quotes I’ve read as far as an author describing their book.

It is expected that the reader will take the fundamental statements upon faith, just as he would take statements concerning a law of electrical action if they were promulgated by a Marconi or an Edison; and, taking the statements upon faith, that he will prove their truth by acting upon them without fear or hesitation. Every man or woman who does this will certainly get rich; for the science herein applied is an exact science, and failure is impossible.

The Science of Getting Rich dives deep into self-help thought transformation focusing on willpower, direct intention and using your “power” for the good of people and not imposing your will on them.

My overall view of Science of Getting Rich by Wallace D. Wattles is positive but I do not place it on the same level as Think and Grow Rich by Napoleon Hill (1937) or How to Win Friends and Influence People by Dale Carnegie (1936) written 27 and 26 years later (respectively). I will admit that I wouldn’t be surprised if both books by Hill and Carnegie weren’t influenced by the writing of Wallace D. Wattles.

To get value from The Science of Getting Rich, in my opinion, you need to read or listen (audio version) with an open mind and then understanding that it was written over a century ago.

I don’t believe The Science of Getting Rich is a waste of time, not at all, but I wouldn’t place it on a “must read” list unless the list was for people with very backward thinking. It is, however, a short and inexpensive (or free) read and most will certainly get some level of value from it.

Therefore, I give this audiobook three and a half stars.

I do give points to Wattles for getting to the point, for the most part, and keeping it short. He is repetitive in his writing but keeps topics organized and doesn’t add fluff for the sake of word count.

“The very best thing you can do for the whole world is to make the most of yourself.”

According to Wallace D. Wattles, this book is “intended for the men and women whose most pressing need is for money; who wish to get rich first, and philosophize afterward”.

If being told what you should do, think and feel, as a matter of absolute fact, bothers you, you may not appreciate this book.

If you don’t care for religious aspects or God/Jesus references within a business book, you may want to pass on The Science of Getting Rich. An entire chapter, Gratitude (Chapter 7), is based on Christian religious belief.

The Science of Getting Rich Author: Wallace D. Wattles

The Science of Getting Rich Audible Narration By Jim Roberts

The book and the film Discovering The Secret by Rhonda Byrne, based on the law of attraction, was inspired by The Science of Getting Rich. Below is a video from The Oprah Winfrey Show – Discovering the Secret discussing The Secret.

Wait, Before You Buy The Book

I don’t usually offer advice when reviewing a book but I want to point out how inexpensive this book is in almost every format. Personally, I wouldn’t spend an Audible credit when, at the time of this book review, the Kindle version price is under a dollar and the Audible version under five dollars. I just wanted to point that out.