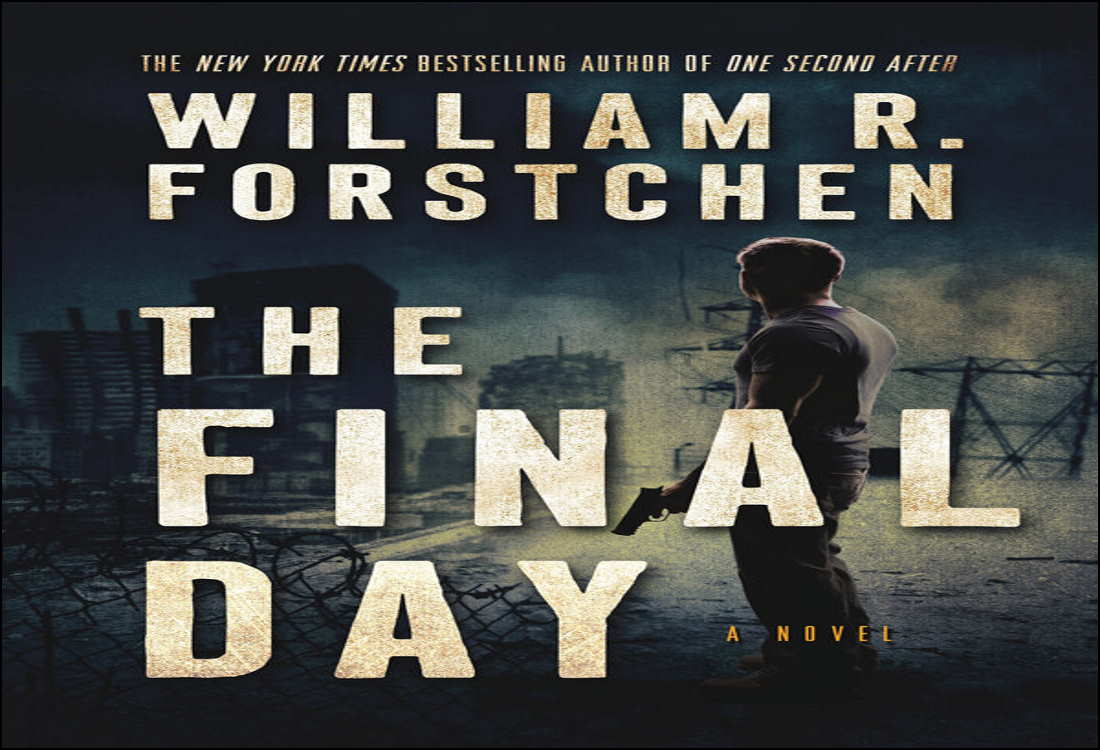 Ladies and Gentlemen, I believe we have another five stars. I thoroughly enjoyed The final Day and couldn’t recommend it more.

With some great books, especially a series, I hate to turn that last page or listen to the final words. I just hate for it to end.

That simply wasn’t the case for The Final Day. As much as I loved all three books, the ending was completely satisfying, like an icy glass of smooth bourbon after a stressful week of work.

Skip this section if books one & two are still fresh in your memory.

After a devastating blow to the Land of Liberty with an EMP attack, she’s thrown into a horrifying tailspin that just might mean the end. After a couple years of starvation, fighting and even invasions, it is starting to seem that many want things to remain that way.

There as been a dieoff so extreme that no one went untouched, including John Matherson who lost his beloved little girl and his mother-in-law. Not to mention his two family dogs.

John refused the offer of promotion to Major General and to join the Army of National Recovery (ANR), sealing the fate of his entire community as being labelled enemy combatants and becoming potential collateral damage.

After a deadly air assault by Dale Fredricks with the ANR, John and his militia somehow won that battle and until now, seem to have escaped retribution by Bluemont.

It is day 920, almost two and a half years since “The Day“. It’s early November and already looking like it is going to be a very harsh winter. The food stores are low, probably not enough to get the North Carolina mountain community through the winter.

John is still a community leader although he’s relinquished his almost dictatorship control he held during martial law. A fragmented America seems to be holding onto what remains east of the Mississippi, including what is now being called the “State of Carolina“.

Washington DC is no more with those claiming to be the legitimate government operating out of Bluemont.

John’s oldest and only living daughter, Elizabeth, is married to their neighbor’s son and expecting her second child at just 19 years old. John is married to Makala, who is also expecting.

The leader of the Reaver’s, who was almost killed in an ANR air attack and whom John risked so much to protect, is no longer an enemy. The two are indeed now close friends.

Without giving too much away, in The Final Day you’re going to learn exactly what happened on “The Day“, who know about it and how those in power came to be. You also learn who, if anyone, is in a position to do something about it.

Amazing – the years of political correctness pumped out of our collages became an education of national guilt.

Anyone that can kick back and enjoy a book without questioning the details at every twist and turn. There are some pretty far-fetched scenarios, at first glance, in most post-apocalyptic fiction.

Book three concentrates almost solely on a single subject which might bother those searching for a fast-paced, multi-faceted action-themed read.

Sometimes I feel like I should just omit this section and this is one of those times. I enjoyed this book as much as book one and couldn’t fathom how it could have been better.

Violence: Just killings by the dozen, nothing you can’t handle.
Profanity: I think there was.
Sex: None
Alcohol/drugs: Some drinking, even a little moonshine. They are adults, after all.

Other names and mentions in The Final Day