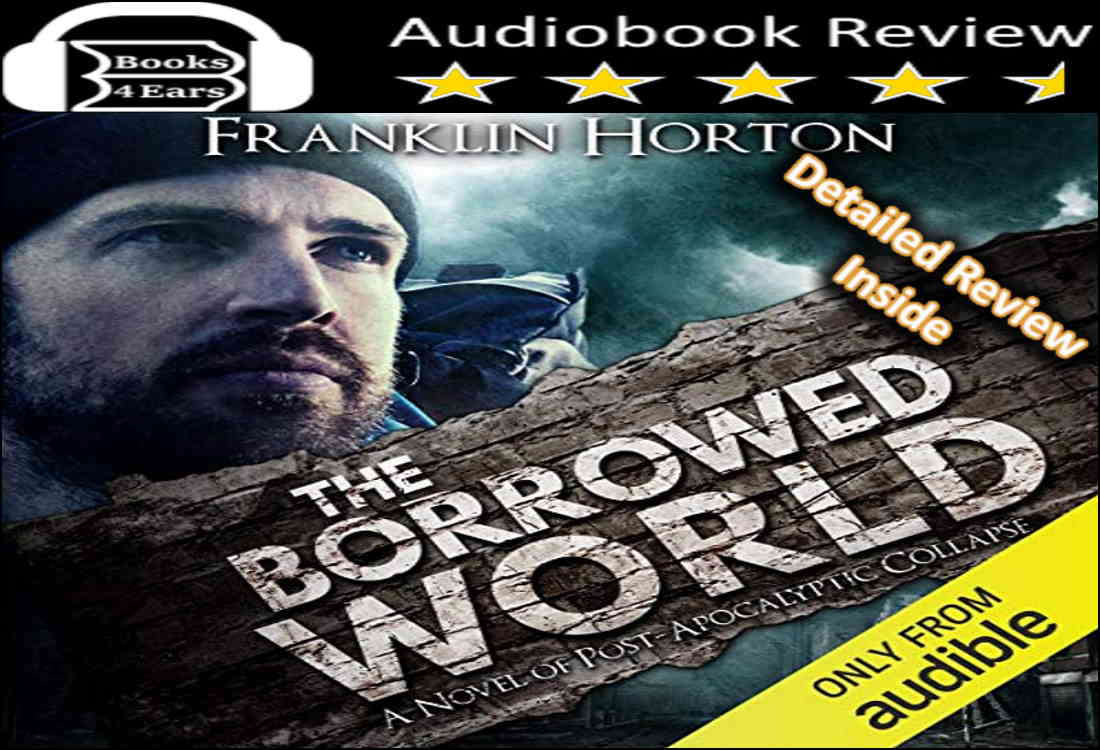 Jim Powell is a prepper. His buddy and coworker, Gary Sullivan, is also a prepper. They are prepared. Does that mean they’re ready for anything?

ISIS terrorists attack multiple U.S. targets and do some serious damage. Nationwide. The attack shut down most of the country’s power grid. Oil refineries were struck hard and, combined with no electric, caused an immediate halt to most of the fuel we have become so reliant on.

The government shut down all fuel and gas sales outside of the military, law enforcement and emergency services.

This simple act alone stranded everyone in the country that was further away than what the gas in their tanks could get them.

Stores were bombarded and eventually shut down or were destroyed by mobs of frantic customers. They would remain closed indefinitely with no hope of being restocked since delivery trucks weren’t moving.

We were slightly over 300 miles from home. We did not know what was going on yet. There could be limited access to fuel due to the power outages and even limitations on travel depending on the scale of the emergency. We were not equipped for a long journey. We were way too short on information.

As Murphy would have it, Jim and Gary were stuck in Richmond, VA, three hundred miles away from home. They were on a business trip with four women, also coworkers.

The women weren’t preppers and had a different mindset than the two men. Not due to gender differences but due to just not being preppers. Preppers “think” differently. Labelled as paranoid and extreme, the truth is they simply live by the quote;

They don’t sit back and expect the government, businesses or society to take care of them every time an unexpected emergency arises. </soapbox>

Jim royally screwed up and do not fill the tank when they arrived in Richmond. That tiny oversight cost all of them in a massive way. They didn’t have the gas or any way of getting the gas to drive home.

The six of them all left together but one of them was killed shortly after they left. Two of them decided to take their chances in a FEMA camp as busses were beginning to pick up stranded travelers from freeway ramps and place them in camps.

Once the gas ran out, the remaining three, Jim, Gary and Randi decided to walk home. Book one of this series, The Borrowed World, focuses on that trip and the horrors they faced on the way (Be sure to read my overall book rating below).

As many of the self-reliant, Jim and Gary were armed, even though it was in blatant violation of their company’s policy. And they were forced to use those weapons. More than once on the trip. It was that kind of adventure.

I’ve mentioned before, in reviewing other Franklin Horton books, this author is one of the finest post-apocalyptic and dystopian fiction writers there is. I buy his books, in both Audible and Kindle versions, without question… even with what I’m about to tell you.

The short books. OMG! I know I sound like a broken record to my regular readers but I want my money’s worth, Franklin. Is that too much to ask?

Not only is The Borrowed World under eight hours long, we also don’t even get to see the group get home. Seriously? It’s important for my readers to understand that. As much as I love this author’s work and as highly as I recommend this book, don’t expect to read this as a standalone book. You have to be committed to the entire series if you are truly going to enjoy the read – or listen, as you’d have it.

It’s not really that you’ll want to read the entire series, that would be normal. It is as if someone ripped the damn book in half and said you’d have to pay more for what should have been included in the first volume. In my humble opinion. 😉

The narration. Not only does Horton have killer writing skills, he understands the value of including the finest narrator he can. And, to this author’s credit, he uses the same narrator throughout the entire series. This should be a no-brainer but not every author and publisher seems to follow the logic in it. They settle. Horton does not.

I am, of course, referring to the rockstar of dystopian narration himself, Kevin Pierce. Pierce has staggering talent spilling from his vocal cords. He’s a master at conveying tone, emotion and personality.

I mentioned that I buy Horton’s books without question and have never been disappointed. The same is true when the name “Kevin Pierce ” is attached to the narration tag of a post-apocalyptic book.

BTW, Hey Horton, if hiring Kevin Pierce is the reason the books are so short because of cost, or whatever, let me know. I’ll forgive you. That, to me, is a fair trade.

Violence: Just a little killing, stabbing and maiming
Profanity: Some.
Sex: Nope, everyone smells too bad.
Alcohol/drugs: Nothing too extreme. A tweaker attacking a lady for pain meds.

Other names and mentions in The Borrowed World