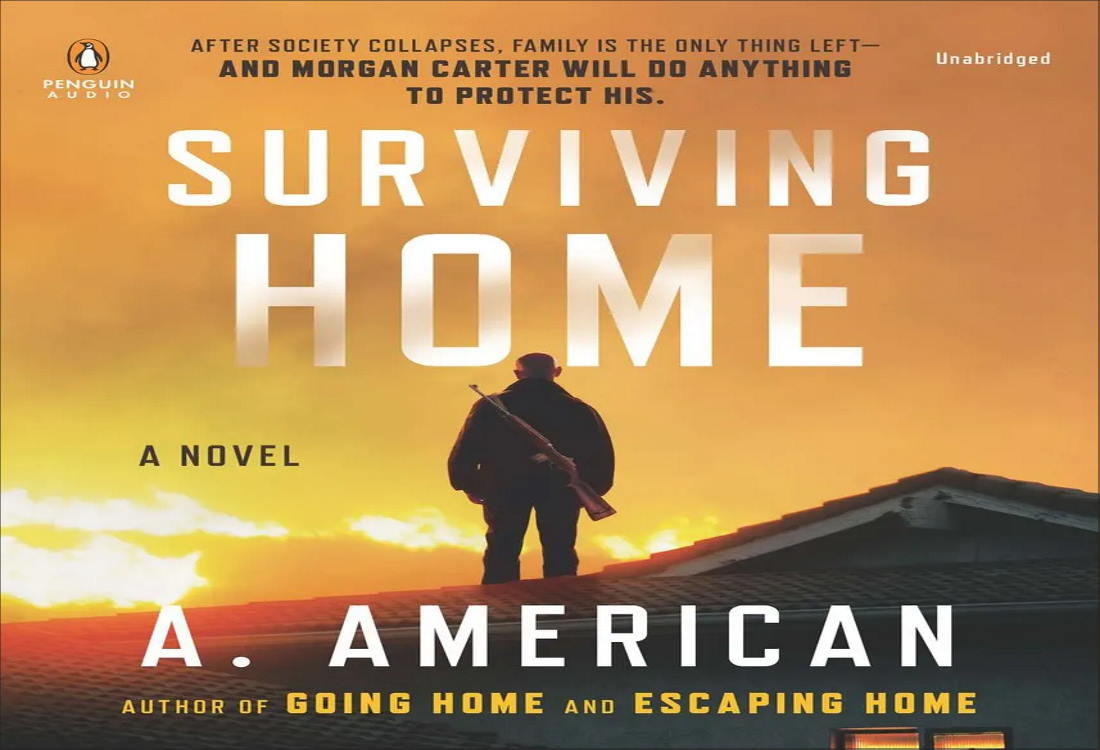 Ready to buy? Get this book on Audible. If you’re not an Audible fan, get it on Kindle or paperback. I don’t think you’ll be disappointed.

Easy Four ½ Stars: Surviving Home gets four ½ stars. I love this book, the story and the entire series. This is not one of those series that starts with a fantastic book just for the quality to drop after book one. Every book holds your attention and keeps it throughout.

With that said, it’s not for everyone. I’d caution anyone generally critical over details and possibilities to rethink listening to Surviving Home or any of the other nine books in The Survivalist Series.

I find it amusing when someone says things like, “That would never happen” or “That’s not possible” only to rave over how great a zombie or vampire book was. Listen, if you can enjoy watching Thor bring down a 50-foot tall gargoyle with the swing of his hammer, stop screaming an EMP it too unrealistic. Okay, nuff said.

If profanity bothers you this probably isn’t your perfect book. If a little stereotyping doesn’t sit well with you, neither will this book although – it’s not blatantly laden with it.

Surviving Home is book number two of The Survivalist Series. If you haven’t read or listened to Going Home, I really suggest starting the series there – at the beginning.

Surviving Home picks up right after Going Home ends – With Morgan, Thad and Jess all back home with their own families after an incredible walk home.

Morgan Carter is back home with his family, friends and some neighbors that really don’t care for him at all.

Sarge and his boys are back in his tiny fishing shanty tucked back deep in the swamp taking on the world. Or at least the DHS.

Jess is pretty much absent in Surviving Home until near the end of the book. Don’t worry, she remains a key player in the following books.

Thad and Morgan remain very good friends and Thad plays a major or in Surviving Home.

Without spoiling the book for you, there’s a buttload of fighting in Surviving Home, just as in book one. There’s a lot going on in this book but the author does a great job at managing things in a way that doesn’t feel disorganized or confusing.

Most people aren’t going to notice this because the author performed a near-perfect transition but the number of people, as well as the number of scenes happening simultaneously, increased three-fold from Going Home to Surviving Home.

There are raiders, militia, war buggies, badass guns and people being tortured. How beautiful is that?

Violence: Yes, a lot of it.
Profanity: Yes quite a bit of profanity.
Sex: Nothing too graphic.
Alcohol/drugs: A little drinking, nothing too extreme.

Other names and mentions in book two, Surviving Home

This is the first time I’ve included or even considered other reader’s or listener’s reviews and I think I’m going to do it more often. Here’s why; (This may make me sound sexist but I hope not).

I was so busy being a dude, loving the fight, I wasn’t taking a possible “woman’s” perspective into consideration. After reading many reviews from others, I absolutely see some of the critical points being made about the female characters.

Let me quote a couple of reviews and you’ll understand completely. Again, these quotes are not my reviews but I do believe their perspective can bring some insight I’m apparently lacking.

BTW, I’ve listened to the entire series multiple times so I can say you’ll see stronger woman roles as the story progresses.