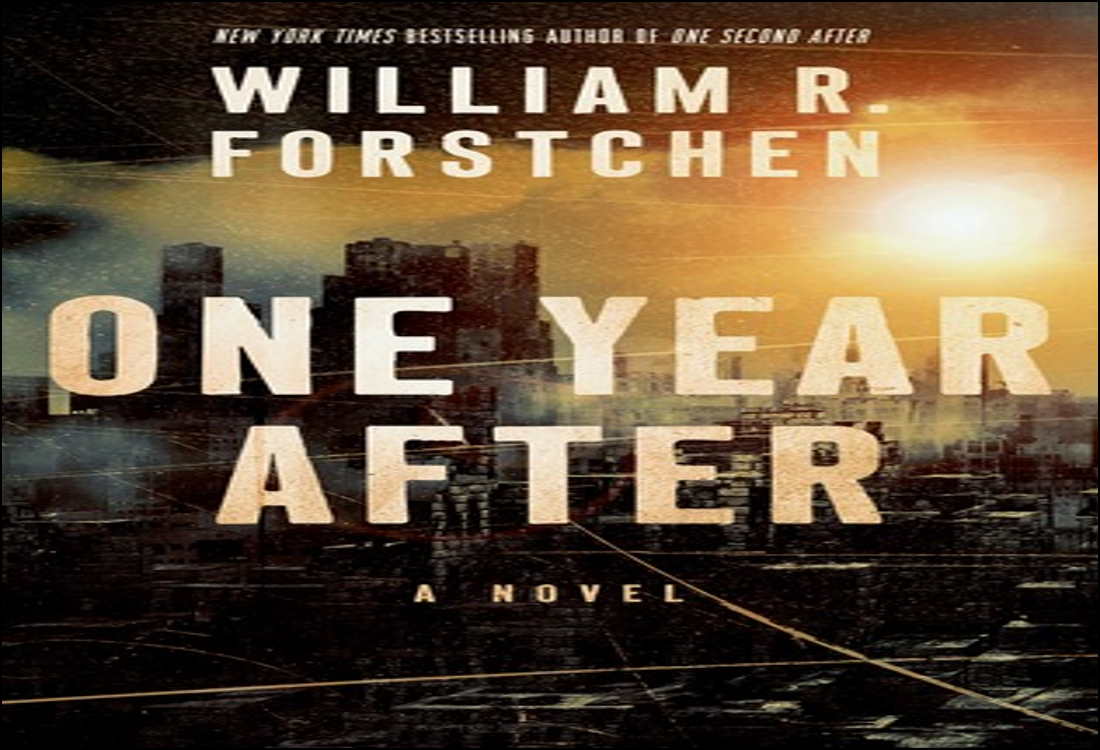 Brian’s Overall Rating Of One Year After

A very strong four and a half stars. I really enjoyed book two of this trilogy, A John Matherson Novel. Even with the narrator switch, it was an ear sticker. I totally just made up that term. LOL

I couldn’t recommend this more to anyone that enjoyed the first book. This one is almost THAT good.

In book one, One Second After, the country is brought to her knees after an EMP (Electro-Magnetic Pulse) strike. No electricity, most cars and electronics are useless, no delivery trucks, gas production or the internet. Most medicines are gone and nothing is being developed or produced.

John Matherson lost his little girl to type one diabetes, the community fought off a large gang of violent cannibals and people were dropping like flies from starvation.

“Promote a troublesome thorn up and out of the way if you cannot crush him, and then, once gone, impose whatever was planned in the first place.”

William R. Forstchen – One Year After

Without giving too much away, John and Makala are married, Elizabeth is the mother of 14-month old Ben and the Country is still in tatters.

John is the Town Administrator and Makala is Director of Public Health and Safety. Fancy titles for people with frayed clothing and no running water but they take their duties seriously.

The community faces war, a ruthless politician out for blood and even a military draft. As some things seem to improve, others are still deteriorating fast. How on Earth will humanity survive? And what in God’s name is a Reiver? Because there are a bunch of them to deal with as well.

One Year After offers touching friendships, heartbreaking scenes and examples of bravery and hope.

“This is the way the world ends
Not with a bang but a whimper.”

One Year After Main Characters

Other names and mentions in Forsaking Home

My biggest complaint about books two and three are the switch in narrators. Book one, One Second After, was narrated by Joe Barrett and the final two audiobooks of the trilogy were narrated by Bronson Pinchot.

I’m not sure why the switch in narrators but that is always an issue in an audiobook series. It’s generally not that one narrator is better than the other, it’s that you get a mental image based on the character’s voice and changing that midstream is a bad idea. This can literally ruin an audiobook series for many listeners.

I intentionally reviewed several other audiobooks between One Second After and One Year After to ease that mental transition I had to navigate. This TOTALLY worked for me. The transition between narrators wasn’t nearly as difficult with a small gap of time and outside reading.

One Year After Author: [book-author]

One Year After Audible Narration By Bronson Pinchot