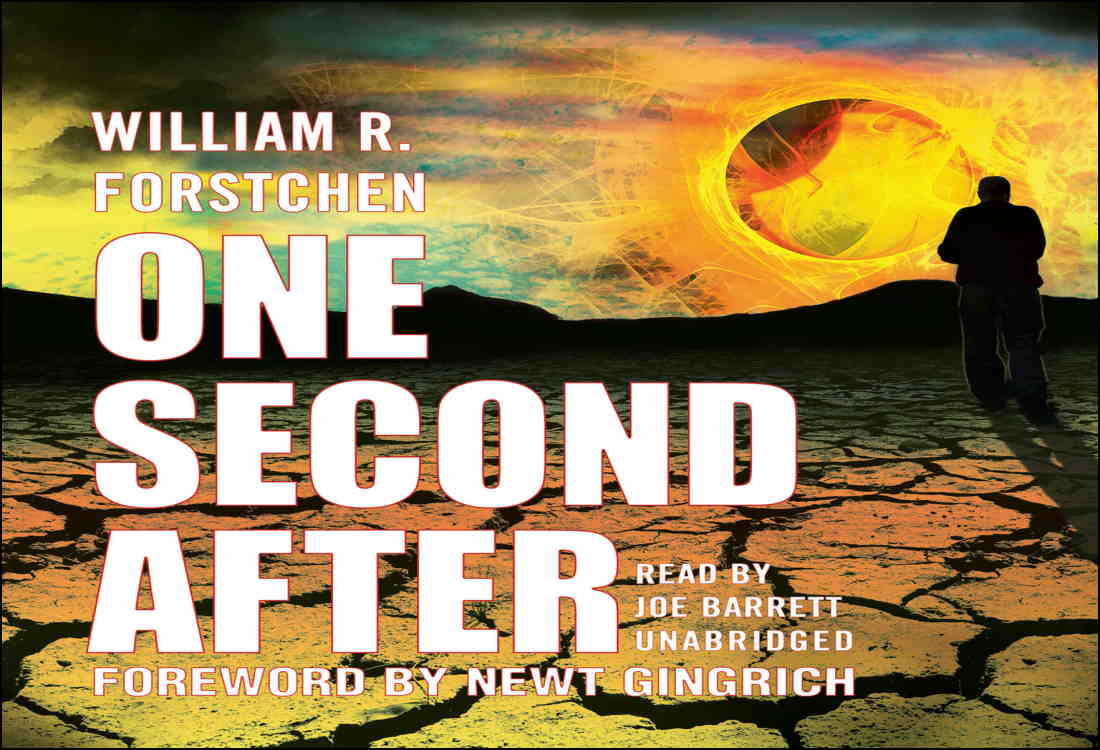 One Second After Review – Book One, A John Matherson Novel

One Second After by William R. Forstchen is probably the number one book recommended and shared among preppers and survivalists.

Not only does One Second After explore the idea of a nationwide collapse due to an EMP (Electro-Magnetic Pulse), it also looks at how quickly society might breakdown, even in small rural communities.

Sure, it’s a fictional story, but based on a ton of research and study. Is it possible? Maybe, but unlikely. EMPs make for exciting books.

Five stars. Are you surprised? Actually, it could very well be my favorate Post-Apocalyptic book. It is definitely one of my favorate audiobooks.

In One Second After, John Matherson is a retired Army colonel, college professor and single father. John left the Army, passing up a star, to take care of his terminally ill wife, Mary Matherson.

After John’s wife passed, he stayed in their isolated home in Black Mountain, N.C. with their two daughters, 13-year-old Jennifer and 16-year-old Elizebeth. Jennifer has type one diabetes.

John Matherson is at home with his two daughters when the power goes out. It isn’t long before they realize the cars are staled on the freeway, their phones and electronics don’t work. John was actually on the phone with his old boss at the Pentagon when everything hit the fan.

With no news or outside communication and a very limited amount of food, water and medician, humanity takes a turn for the worse in the blink of an eye.

John unwittingly finds himself a community leader, Can he hold the community together? Can he find the resources and help needed for everyone to survive long-term?

One Second After has everything you could ask for in a post-apocalyptic novel. We have violence, heartbreak, loyalty, love, and comradery.

What? Not powerful enough? Okay, how about war, cannibalism, warlords and even martial law? Bam!

Wait, I know what you’re thinking. You think it’s one of those far-fetched stories that is so unbelievable it’s hard to enjoy.

Nope. Not only does the author, William R. Forstchen, keep things within a realistic realm of possibilities, it actually is possible. In real life! Who says that? Your government. Many experts. Governments of other countries, several of which have threatened the United States with just this kind of attack – an EMP strike.

And we’re not ready. We’re not hardened for an EMP. And the vast majority of citizens isn’t prepared for more than a week-long emergency. You see, One Second After could very well become a true story. Are you ready?

One Second After – A John Matherson Novel – A Trilogy

One Second After is the first book of the trilogy, ‘A John Matherson Novel‘, along with book two, ‘One Year After‘ and three, ‘The Final Day‘.

Book one, the one we’re reviewing, takes you from the day of the ‘event‘ to a year after. I can safely say, without spoiling the story, that the world is an entirely different place after a year without modern conveniences and a lot happens within the year. One Second After has a lot of action and doesn’t get boring at all.

One Second After Main Characters

I feel like a five-year-old boy standing in front of a platoon of seasoned combat veterans giving them my critique after a successful mission every time I write my “Constructive Criticism” section.

I have very little to offer as far as what “I” would have liked to have seen in the story.

I was a little irritated that a couple of scenes brought tears to my eyes (Not from laughter) as I was driving – a tractor-trailer on the interstate. That was a little rude.

Seriously, I can’t think of anything negative for this section. I guess that’s a good thing.

One Second After Audible Narration By Joe Barrett

Brian’s Overall Audiobook Rating Get this book on Audible. If you’re not an Audible fan, get it on Kindle or paperback. I don’t think you’ll be disappointed.