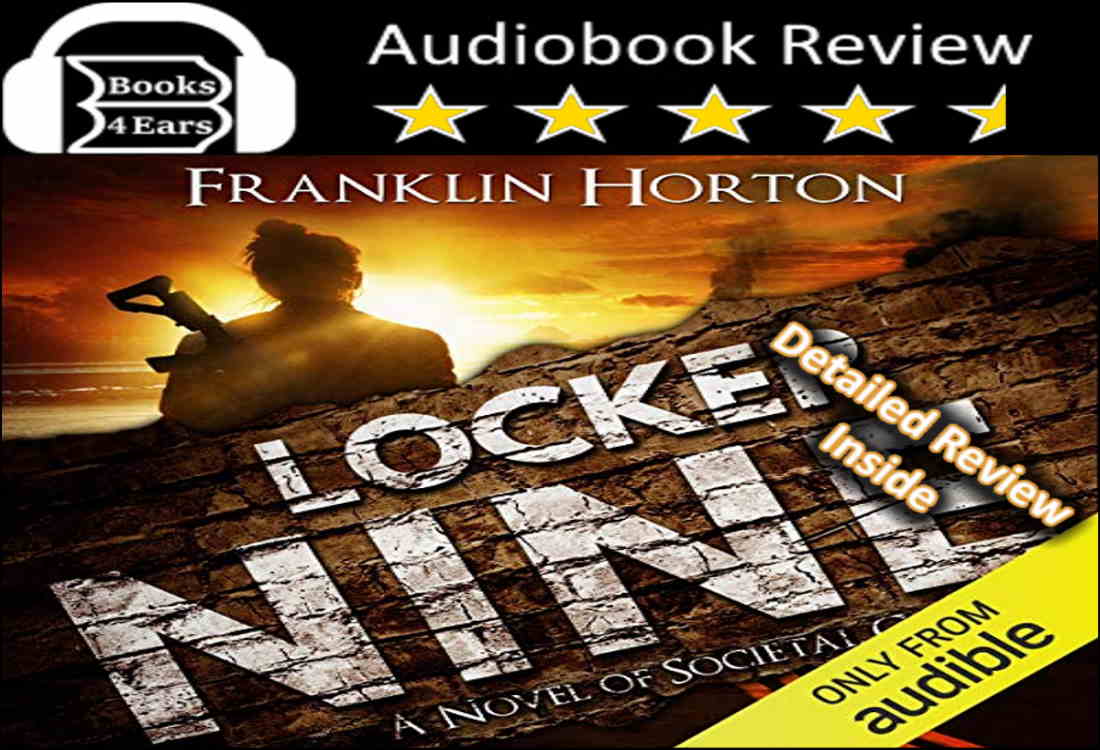 CALL SIGN: The Girl From Locker Nine
MISSION: To Get Home Safely
(From Oxford to her home in Damascus, Virginia)

Locker Nine is a prepper’s dream story. Grace’s dad is a prepper and author. He raised his little girl to think “tactically” and critically. Grace understands and practices situational awareness and she knows how to defend herself.

“I need to grab my Go Bag and my AR.”
Tom laughed and shook his head.
“What?” Grace asked.
“I’ve been waiting my whole life to hear a woman talk like that,” he said.

Grace Hardwick is a student at the University of Oxford with her best friend and roommate, Zoe. They are both on campus when they witness first-hand the devastation of a terror attack, just one of the dozens across the country.

The entire country erupts into complete chaos. The power is out in most places. The freeways are closed to the public. All fuel sales have been banned by the government. People are already running out of food and resources.

The criminals are taking advantage of the lack of a police force or repercussions for their actions. Including a nut-job psychopathic gamer that believes the SHTF event is a calling for his Call of Duty persona to come out and win the game in real life.

As all this is going on around them, Grace and Zoe have to make a six hundred mile trip home to Damascus, Virginia. It’s going to be dangerous but wait until you see what Robert Hardwick, Grace’s dad, has done to prepare her for just such an SHTF event.

I’ve never been a fan of flashbacks, either in books or film. I consider myself a man of the present and think little on my own past so in a book… I’m usually not interested.

There were many “flashback” moments in Locker Nine and, for reasons I don’t quite understand, they didn’t bother me. Maybe it was the fact that those moments were spread out, brief and to the point. I’m not sure, but they did lend to an understanding of Grace’s mindset and why she thought the way she did.

I like this author. I’ve been following Franklin Horton for a long time now. I really wish his books were longer but I started getting hooked on The Borrowed World series years ago.

Don’t even get me started on the narrator, Kevin Pierce. This guy is the best of the best when it comes to dystopian fiction. Kevin Pierce is a rockstar.

Locker Nine gets four and a half shiny gold stars. I highly recommend this book (and series) to anyone that enjoys the post-apocalyptic genre.

I hope I don’t sound like a broken record but this trend of super short post-apocalyptic books is driving me crazy. Locker Nine is just under seven hours and twenty minutes. That’s a relatively short book for an Audible member to give a purchase credit for, especially if they only receive one credit a month.

Top that off with Locker Nine seeming incomplete by leaving Grace falling short on her mission of getting home.

Personally, I feel the Locker Nine and Grace Under Fire (book two) combined into a single novel would have been perfect. Of course, that is a customer’s perspective and I have no insight as to what the author may have been facing such as deadlines or demand.

Anyone that likes prepper related books will love Locker Nine. If you like post-apocalyptic, dystopia or SHTF novels, you’ll want to check this book out.

Other names and mentions in Locker Nine