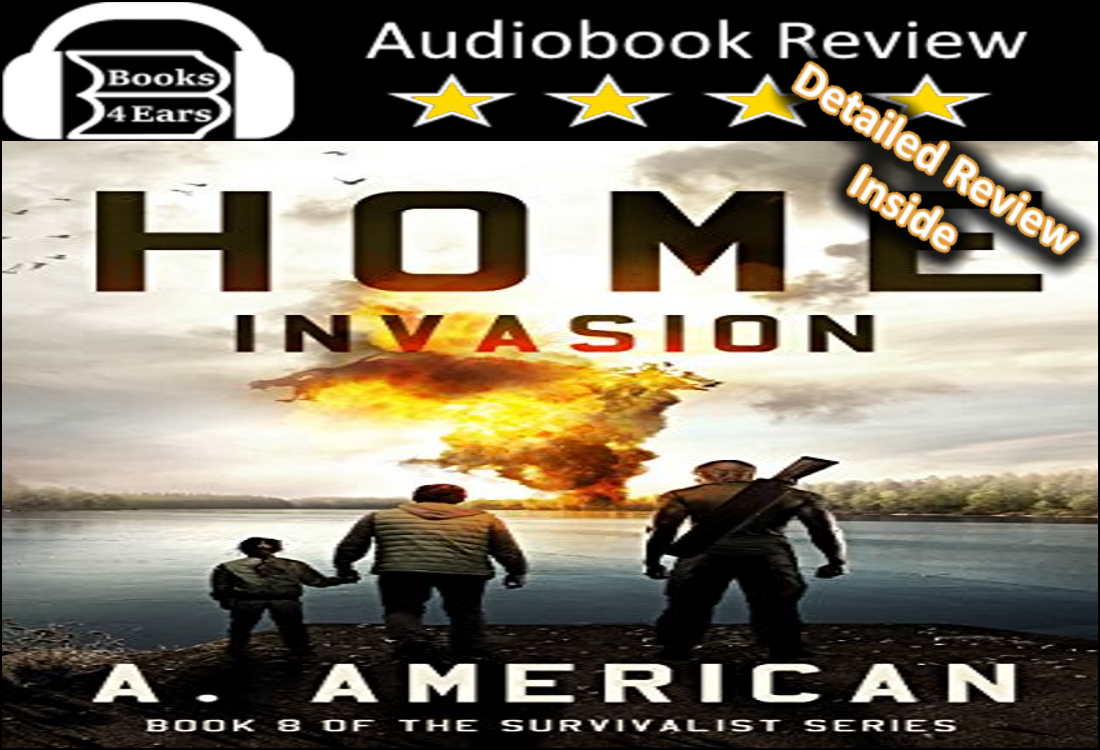 Book eight, Home Invasion, continues the struggle without the modern conveniences we’ve become accustomed but now they’re doing it in the sweltering Florida summer heat. Heat, bugs and bad storms with no airconditioning or electricity short of Morgan’s solar setup. No hot water either. In fact, most people have no running water at all.

General Fawcett needs Sarge and his team to drive up to the Crystal River nuclear plant to see why they’ve lost contact with the engineers there. As you can imagine, this mission turns bloody.

Morgan is still looking for a Judge. Playing sheriff, judge and executioner are just a tad bit much and he’s determined to delegate some of that responsibility.

The community garden is beginning to show promise and people are pitching in to get some much-needed food.

Morgan is once again annoyed with a run-in of Tubby and his band of misfits. This time things cannot end peacefully. It gets ugly.

Home Invasion closes out with one of the most terrifying scenarios one could imagine, and everyone just witnessed it firsthand. It was a massive… yeah right, you know you have to read (or listen to) the book to get that kind of detail.

I hate to do it but I’m going to rate Home Invasion four stars. I really did enjoy the book and wholeheartedly recommend the entire series but book eight just didn’t do it for me as much as the first seven books.

I like a lot of action in this type of book and while there was a significant amount of action, it almost seemed like it was taken in stride to the degree it was anticlimactic.

It was also another book under 10 hours, although not by much, and that bothers me a bunch, especially in a book series.

I did have to wonder in what world civilians would be allowed to go on a military mission.

Skip this section if book 7 is still fresh in your memory.

Tyler and Brandi were killed in the house fire from the DHS attack. Their two children, Jace and Edie survived and are living with Danny and Bobbie. The threat of Tuberculosis (TB) seems to be gone for the moment.

The DHS threat and Billy’s boys have been neutralized (That sounded so official) and now new threats are showing their ugly heads. These new threats are far more serious.

Engineers are working on getting the local power plant checked out. Captain Sheffield sent some of his engineers to the plant to see if a little local electrical power restoration is possible.

Violence: Thankfully, yes.
Profanity: Some.
Sex: No but there was another rape.
Alcohol/drugs: Some drinking.

Other names and mentions in Home Invasion