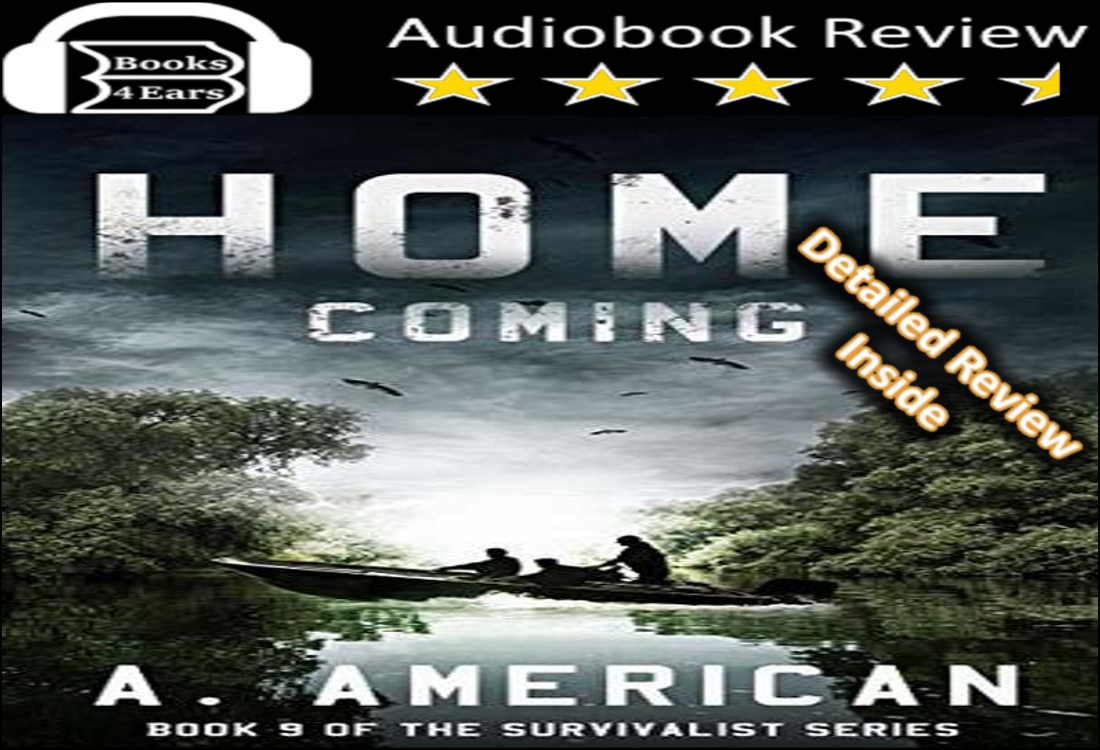 Home Coming is the final installment of the Survivalist Series ten book masterpiece.

The term “Home Coming” had true meaning for this last book of the series. I bet you can’t even guess who the homecoming is for. No cheating, it’s well worth the wait.

Fair warning, there’s a lot of death and killing in Home Coming. A lot of good people died, in the hundreds. A lot of bad people died as well. I won’t ruin it for you but I figured I’d bring it up. I imagine if that kind of thing bothered you we wouldn’t be talking about book ten right now.

Several new people were brought into Home Coming and I imagine as the story continues without us eavesdropping they’ll become great friends.

Despite all the violence, there was a lot of satisfying moments where we witnessed the world acclimating to post EMP (The Day) almost a year later. There may just be hope yet that a peaceful life is within reach.

Now we see Morgan’s own daughters toting automatic rifles, going on patrol and even shooting people. Even Mel and Mary are packing heat by the end. Oh, and another lady I cannot mention without a spoiler alert carries. And of course, there’s Jamie who can hold her own against anyone.

I thoroughly enjoyed Home Coming. It was a fitting end to the ten-book series.

This book had a lot of action balanced with just the right amount of emotion. There wasn’t so much mushy-gushy crap that I wanted to speed forward to get it over with. Don’t get me wrong, there were a couple of moments I almost needed a tissue but don’t tell anyone.

I rate the book “Home Coming” a well-deserved four and a half stars. In the before it would have been five stars but the bar has been set so high and it’s such a short book I just couldn’t justify it. (Did you catch that reference?)

Well, 9 hours and 23 minutes does make me feel a little short-changed for the credit I spent on the book. That’s kind of my pet peeve but I suppose I knew that going in.

Skip this section if book #9 is still fresh in your memory.

The group was attacked with mortars and gunfire. It turned out that Micah Revelle, who was trying to become a Eustis police officer in an earlier book, has been working against everyone from the beginning.

Micah was originally working with the DHS and it was he that had been poisoning the community garden.

Some of the food and supplies Sarge and Morgan secured from the Army have been distributed to the community but much of it was lost in the attack.

There was a mortar attack by the Cubans. The attack killed Bobbie. Danny lost fingers and his wife. Kay was hit in the foot with shrapnel. Aric had shrapnel in his right leg. Jess had a broken arm.

Micha Revelle and the two captured Cubans were interrogated and hanged for their trouble. Niigata was shot before he could be hanged.

Oh, and the couples. I almost forgot. Thad and Mary are now husband and wife. Aric and Fred are married. And Fred is pregnant. Book nine ended in a peaceful celebration.

Can you believe Sarge is now a Colonel? That’s wild. Talking about a field promotion. Retired First Sergeant to full bird Colonel.

Violence: Yes. Hundreds killed.
Profanity: Yes but nothing worse than you’d find at my kitchen table.
Sex: No.
Alcohol/drugs: Mentions of making wine but not enjoying it.

Other names and mentions