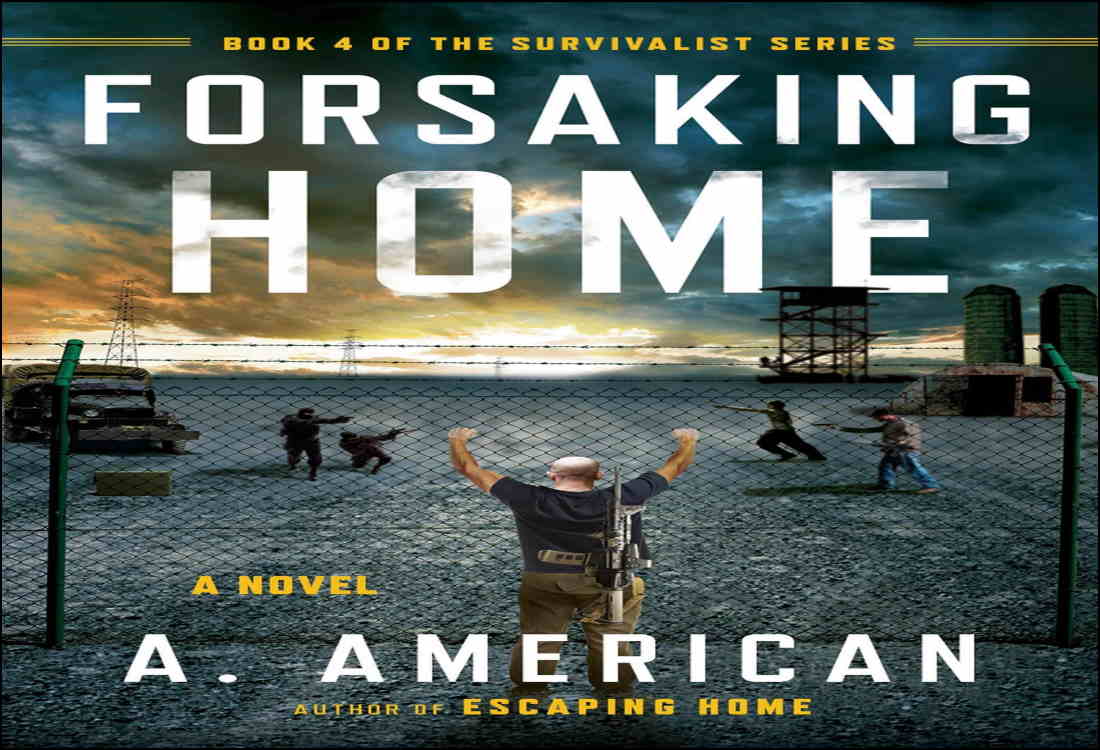 In Forsaking Home, book four, the story continues with main characters Morgan, Sarge, Thad and Jess and a host of others (See the character list below).

Several new people are introduced into the story and the direction of the plot stays on point and interesting.

I tend to make my reviews a little long so I’m moving my overall rating up the beginning in case you just want the quick and dirty book review.

Book four, Forsaking Home, is on par with the first three books in this ten-book series. If you enjoyed those three books, you’ll no doubt enjoy Forsaking Home. I give it another 4 ½ Stars.

As with the rest of the series, the story flows quickly and smoothly.

Forsaking Home is definitely worth a listen. I would recommend you listen or read the first three books before you dive into this book.

Get this book on Audible.

Morgan: Morgan is with his family and friends at their new location and is working with everyone in an attempt to make things bearable for everyone and to stay alive.

Sarge finds a local National Gaurd unit to align with. This alignment increases the resources and support they need to take on the DHS in a meaningful way.

In the meantime, Sarge and his crew continue to help Morgan, along with his family and friends, even back at the cabins on the river.

Jess is locked-up in the DHS detention center at the FEMA camp, along with her friends Mary and Fred. They’re kept in a dark cell, fed little with a bottle of water each day. They can’t even tell if it is night or daytime it is so dark. They have no idea what’s in store for them.

Thad seems content to stay home in the cabins and do the cooking. He’s a great cook, even under the current circumstances, and is tired of all the killing.

Skip this section if books One, Two and Three are still fresh in your memory.

After Morgan, Thad and Jess made it to their respective homes, their stories parted ways for a bit.

Morgan, with his family and friends, began working out a plan on how to survive the EPM aftermath. There were issues with many in the community that didn’t prepare as well as Morgan had.

Thad made it home to his wife and little boy but the reunion was shortlived. A DHS agent and a postal worker killed his family. Thad eventually killed them back. And then set off to join Morgan.

Jess, after Morgan and Thad killed the paedophile and community leader (Book One), stayed home with her Mother, Father and Brother. Jess ended up losing her family as well. Her Mother and Father were shot by raiders and her brother was seriously wounded. In order to save her brother and go somewhere safe, she left with the DHS, who were rounding people up and taking them to a FEMA camp.

Jess eventually learned she’d made a huge mistake. Her brother died in the care of the camp and she was a prisoner. Like Hotel California, “You can check out any time you like, but you can never leave“.

Jess was raped and the two friends she met in the camp killed the agent that had rapped her. Now they’re sitting in a detention center locked-up in a dark and cold cell.

Sarge came in with his crew to aid Morgan, Thad and his other friends after being attacked by raiders. Eventually, they all had to bugout to some cabins on the river before DHS caught up with them.

Now you’re caught up. Back to your regularly scheduled programming…

Violence: Since that’s pretty much the world they live in now, there’s a lot of violence.
Profanity: Only when appropriate.
Sex: Nothing too wild.
Alcohol/drugs: None worth mentioning.

Other names and mentions in Forsaking Home

Book three twerked my gulls (I totally made that up but it’s definitely a phrase now) with a short 8 hours and 41 minutes long audiobook. A. American redeemed himself somewhat with Forsaking Home, which runs 13 hours and 17 minutes. It’s not a long novel for sure but I’ll take it.

For those that were bothered by the weak woman characters earlier in the series, you’ll be happy to know strong female roles are introduced in Forsaking Home, including a soldier. Yeah, the author makes it clear she’s attractive but I have no problem with that. Some people are hot, what can you do?

Other than tiny nitpick things I honestly don’t have a negative thing to say about this book.

The biggest example is that I thought it unlikely that Morgan would allow someone that shot one of them not only to live but to feed and set loose just miles away. There are a couple of little things like that but everything is subjective.

I guess that wasn’t much in the way of constructive criticism but that’s all I have. It’s a great book. You should give it a try, starting with Going Home if you haven’t already.