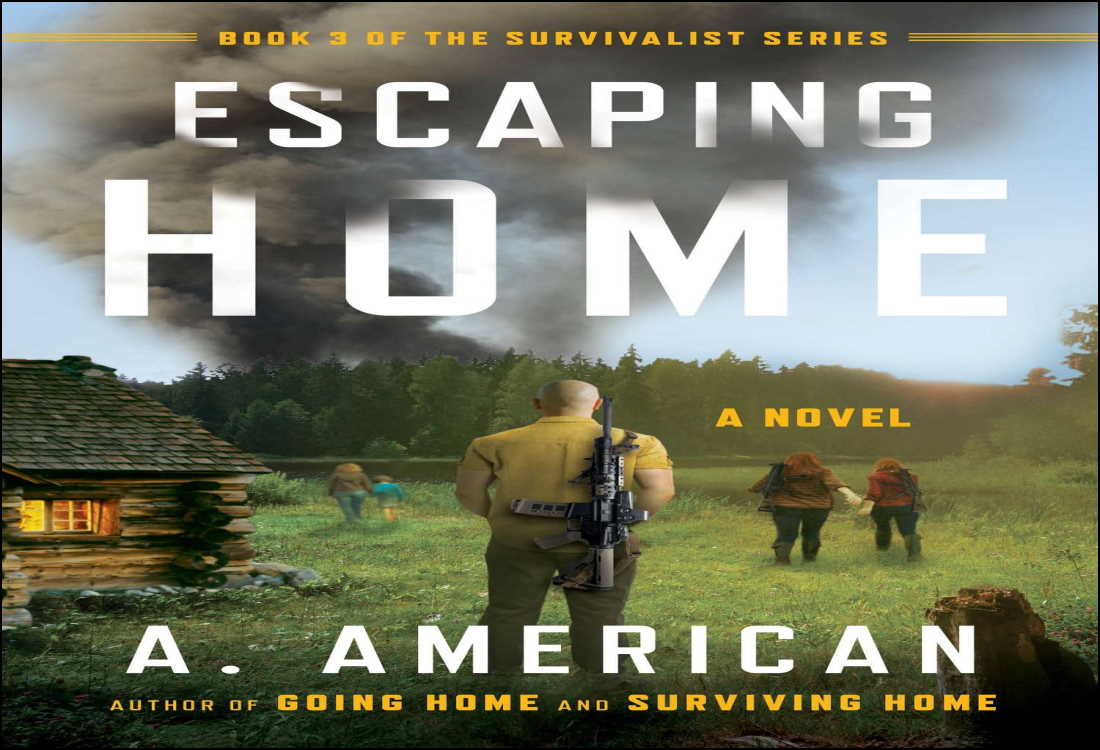 Escaping Home is book three in The Survivalist Series and the fast-paced action-packed story doesn’t disappoint as it adheres to that high level of excellence we heard in the first two audiobooks, Going Home & Surviving Home.

Morgan, Danny, Thad and Sarge all begin to realize that they have huge targets on their backs and if they want to survive, they are going to need to bugout.

If they wait too long, they’ll have to leave under fire, probably running out the back door, with nothing but what they’re wearing. If they leave now, at least they can take some things with them and go somewhere with a plan at least.

Another well deserved Four ½ stars. Just keep going – this series maintains a high level of energy and excitement throughout and you won’t want it to end.

What? Ready to buy already? Okay:

You can buy this book on Audible. If you’re not an Audible fan, get it on Kindle or paperback. Any way you prefer to consume it, you’re going to love it.

Morgan: As the title implies, Escaping Home it is time to bugout. Morgan, Danny and their families must abandon their homes and find a more defensible and isolated place to live. Thad and Jeff move as well.

The DHS is making things very dangerous for those not willing to conform and Morgan has to decide to move before they are forced to evacuate empty-handed. At least now they can keep some of the provisions and preps. Will it be enough?

Sarge (Linus): Sarge, Doc, Ted and Mike are right there with Morgan every step of the way. They know what they’re going to have to do, they’re just not certain when, how and where that will take place. But they are getting ready to fight the big fight.

Jessica: Jess is in the FEMA camp. Jess desperately wants out of the camp being run by a corrupt DHS, turning it into essentially a forced labor camp.

Jessica makes a couple of good friends in the FEMA camp that become regular characters in the rest of The Survivalist Series.

Violence: Absolutely, a ton of violence.
Profanity: Yes a lot of profanity.
Sex: Yes, one of the characters are rapped and another almost is.
Alcohol/drugs: A little drinking, not too bad.

Other names and mentions in book three, Escaping Home

As with all ten books in The Survivalist Series, Escaping Home is a fantastic book and story. About the only beef I can come up with for book three is the pitiful overall audiobook length. At only 8 hours and 41 minutes, it’s a tough decision to trade a full credit for a two or three day listen (For me anyway).