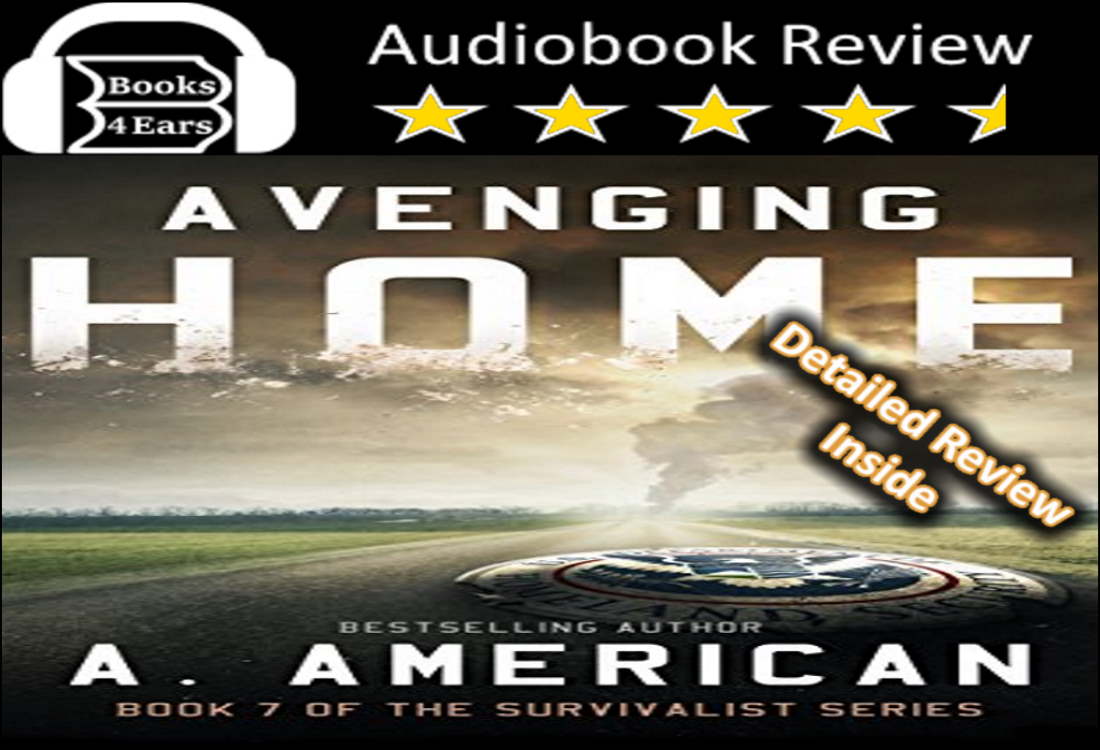 Avenging Home is a nice inclusion to the book series and I really enjoyed it. We finally get to see one thorn slapped away. Without that fact, I’d have lowered the star rating to four just for dragging it out. I’m giving this book 4½ Stars.

Get this book on Audible. If you’re not an Audible fan, get it on Kindle or paperback. I don’t think you’ll be disappointed if you love post-apocalyptic and dystopian books.

Morgan is Sheriff. The National Gaurd is just a short drive away.

Tyler and Brandi’s kids got sick playing with some infected kids passing through.

Cecil was introduced in book 6 and continues to play a key role in the community’s slow progress back from the dark and dangerous landscape everyone’s fallen prey to after the EMP attack.

The DHS prisoners from the camp never made it to Frostproof and have organized near the community.

We start Avenging Home with Tayler getting caught up in the market explosion from book six. She survived and needs some healing time.

The DHS is close by and needs to be dealt with as a bigger threat is looming in the horizon. Listening to the shortwave radio, Morgan learns some scary national news that makes the DHS and Billy’s boys seem like child’s play.

Jeff is dead. Tyler and Brandi are quarantined with their children having been infected with Tuberculosis (TB) and getting worse.

The “coupling” up is continuing. Sarge and Ms Kay are getting close. Thad and Mary are enjoying a lot of time together. Jamie and Perez seem to be getting pretty close. Oh, I almost forgot Fred and Eric.

A community garden is in the works and there might be hope for a little neigborhood electric. Will they make it that far?

Are things getting better or worse for Morgan and his band of survivors?

Without spoiling the book for you, one of the last scenes in Avenging Home had to do with a little group festivity and I found myself thinking, “Okay, enough already. Let’s move on please“. It wasn’t only too “touchy-feely” but seemed to go on too long. Other than that, I didn’t experience much eye-rolling.

Other Names And Mentions


Get this book on Audible. If you’re not an Audible fan, get it on Kindle or paperback. I don’t think you’ll be disappointed.